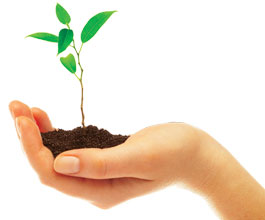 Having clear vision is a necessary part of growing in the call of God. Vision is a clear and compelling, God-given picture of the future. Vision is a snapshot of the future and the ability to perceive something not actually visible. Vision gives a sense of direction to your life. How vision comes is not important. Some people actually see visions like a scene from a movie. Some people think Spirit-inspired thoughts. Some people hear the voice of the Spirit in their hearts. Some people have vivid dreams. Some people witness an event and get shaken to the core in a way that changes their life. However vision comes, it comes. What’s more important is that we allow God to fulfill the vision through us and around us, rather than striving in our own strength.

Hebrews 11:8 “By faith Abraham obeyed when he was called to go out to a place that he was to receive as an inheritance. And he went out not knowing where he was going.”

God’s vision will never be the complete picture but rather provide enough light to take the next step. Like Abraham, you might not know where you are going but I encourage you to obey anyway. Start walking in the vision and further revelation will be given. Every person must accept the progressive revelation of their call. Frank Damazio speaking of Joshua says,

“God did not reveal to Joshua the full extent of his ministry at one time. He revealed it to him gradually. We first saw Joshua as a warrior, then as a leader, then as a man who caused Israel to possess her inheritance, and now finally as the chief shepherd over the entire nation. God did not reveal the full extent of Joshua’s ministry, because Joshua might have destroyed both his life and ministry by trying to help God fulfill it.”

Ask God for vision then write the vision so it’s plain. Start where you are and move forward one step at a time.

Grace has been defined as divine, unmerited favour. Favour is not earned but given for a purpose. God’s call upon our lives can’t be completed without divine favour. Every assignment is pre-programmed with a need to depend upon God and his grace to sustain it. God gives favour to people so that their call can be successful. Favour can come in the form of provision, people, opportunities, influence, open doors and even closed doors that protect us from harm. Without God’s favour, our best efforts won’t produce what’s needed. Ask God for His favour and live a life worthy of His Favour.

God’s power enables us to move forward against obstacles to the call. Jesus informed the disciples in Acts 1:8 “You shall receive power when the Holy Spirit comes upon you and you will be my witnesses in Jerusalem, Judea, Samaria and to the ends of the earth.” Jesus knew the extent of the call on the disciples and also the challenges to the call. The power of the Spirit would be sufficient for the task. The Holy Spirit gives us constant companionship and is our helper in a time of need. The Spirit teaches us by giving us revelation, not just principles. The Spirit illuminates the Scriptures to us and brings freedom to us as we walk in the truth. Receiving the power of the Spirit begins with repenting of sin, asking for the in filling of the Spirit and accepting God’s power by faith.

Grow in Vision, Grow in Favour and Grow in God’s power and you will Grow in the Call!